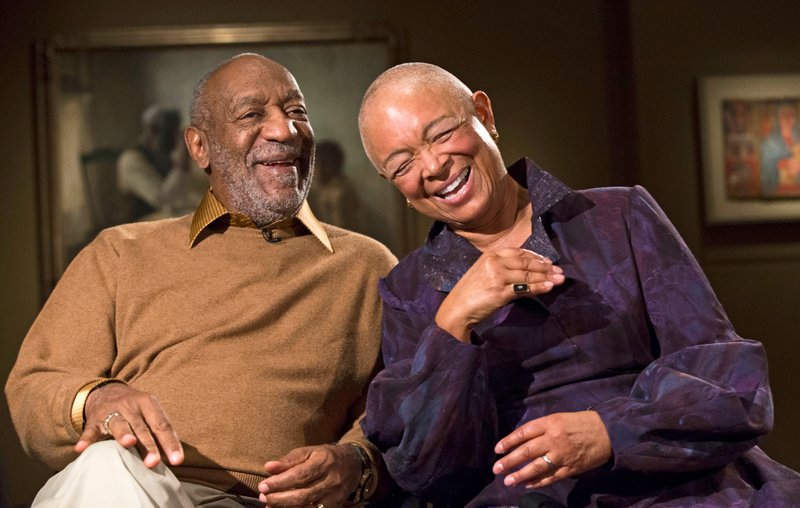 Bill Cosby and his wife, Camille
Spread This News

PHILADELPHIA: Bill Cosby’s wife called Thursday for a criminal investigation into the suburban Philadelphia prosecutor behind his sexual assault conviction, saying the case that could put the 80-year-old comedian in prison for the rest of his life was “mob justice, not real justice” and a “tragedy.”

Camille Cosby made her first comments on the verdict in a three-page statement sent to the media through a family spokesman, as institutions from Hollywood to Madison Avenue continued to wipe away the remnants of his legacy. He was expelled on Thursday from the motion picture academy and the Advertising Hall of Fame.

Camille Cosby compared her husband of 54 years, convicted a week ago on three counts of aggravated indecent assault, to Emmett Till and other blacks mistreated by the justice system.

“Once again, an innocent person has been found guilty based on an unthinking, unquestioning, unconstitutional frenzy propagated by the media and allowed to play out in a supposed court of law,” she said. “This is mob justice, not real justice. This tragedy must be undone not just for Bill Cosby, but for the country.”

Camille Cosby, 74, said chief accuser Andrea Constand was a liar whose testimony about being drugged and molested at Cosby’s home in January 2004 was “riddled with innumerable, dishonest contradictions.”

She echoed Cosby’s lawyers, who contended that Constand framed him to score a big payday.

Cosby is on house arrest while awaiting sentencing. His lawyers have vowed to appeal. 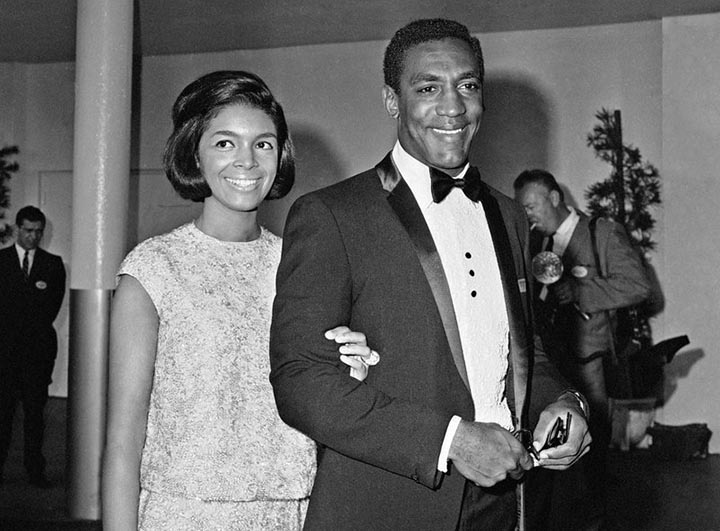 Bill Cosby and his wife, Camille, arrive at the 17th Emmy Awards ceremony in Los Angeles in 1965

Her statement did not address behaviour Cosby has admitted to, such as philandering and contention that he was having a consensual affair with Constand.

Constand’s lawyer bristled at the statement and asked, “why would any reputable outlet publish that?”

“Twelve honourable jurors — peers of Cosby — have spoken,” lawyer Dolores Troiani said. “There is nothing else that needs to be said.”

Constand said in a tweet last week that “Truth prevails.” The jury said in a statement Monday that she was “credible and compelling.”

Prosecutors opposing a request for juror names from The Associated Press and other news media outlets urged a judge on Thursday to consider a “cooling off” before they’re disclosed. They cited a 90-day wait in the case of Casey Anthony, the Florida mother acquitted in 2011 of charges she killed her young daughter.

Camille Cosby stayed away from both of her husband’s trials, except for the defense’s closing arguments. She and Bill Cosby had five children — two of whom have died — and she served as his business manager.

Before the jury came in last week to hear from Cosby’s lawyers, she went to the defense table and put her arm around Cosby, who is legally blind. They embraced, smiled and chatted, and he gave her a peck on the cheek.

When it was the prosecution’s turn to argue, she left the courtroom, and Constand entered.

Constand sued Cosby in 2005 when prosecutors dropped a criminal investigation after four weeks. Cosby wound up settling for nearly $3.4 million after giving four days of depositions, including testimony about giving quaaludes to women before sex, that a juror said Monday was instrumental in his conviction.

Camille Cosby compared the dozens of other women who’ve accused her husband to a “lynch mob” spurred on by the media’s “frenzied, relentless demonization” of the man who earned a reputation as America’s Dad playing Dr. Cliff Huxtable on the top-rated family sitcom “The Cosby Show.”

She compared his treatment to Till, the black teenager who was kidnapped and murdered after witnesses said he whistled at a white woman in a Mississippi grocery store in 1955, and Darryl Hunt, a black man wrongly convicted of raping and killing a white woman in North Carolina in 1984. Constand is white.

“Someday the truth will prevail, it always does,” Camille Cosby said.

She said her husband’s prosecution was politically motivated, repeating his team’s contention that he had been a pawn in a heated race for district attorney.

Montgomery County District Attorney Kevin Steele attacked opponent Bruce Castor in campaign ads over his decision not to charge Cosby in 2005 and announced Cosby’s arrest a month after winning the November 2015 election.

She said Steele and his team were “exploitive and corrupt” and that their “primary purpose is to advance themselves professionally and economically at the expense of Mr. Cosby’s life.”