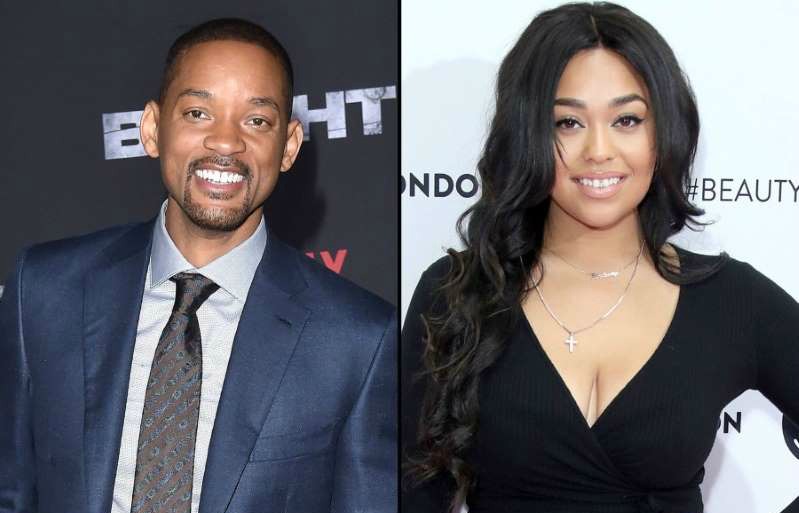 Will Smith and Jordyn Woods
Spread This News

Will Smith let Jordyn Woods know that he had her back ahead of her Red Table Talk interview with his wife, Jada Pinkett Smith, on Friday, March 1, in which the model admitted to being kissed by Khloé Kardashian’s now ex-boyfriend, Tristan Thompson.

The Bright actor, 50, was also seen in the clip having a FaceTime call with the reality star, 21, from the set of Bad Boys 3, during which he voiced his support of her.

“I know how hard it was for you and your family when [your father] passed,” Smith said. “I was watching you grow and become a woman, and I had a deep sense that we would be here one day. What I want to say to you is that the world attacks. It just happens. You’ll never get around the world attacking, but I want you to know that you are supported and I got you and we got you.”

As Pinkett Smith, 47, revealed in the intro of the interview, she and Will have a long history with the Life of Kylie star.

Not only was Woods’ father, John Woods, a sound engineer on the Fresh Prince of Bel-Air, Jordyn’s brother Josh and the Smith’s son Trey were close friends growing up.

The Smith’s son Jayden and Jordyn also became close, with the “Icon” singer introducing Jordyn to her BFF Kylie Jenner.

“Uncle Will felt like it was important for him to hold you through this, because we all make mistakes,” the Girls Trip actress told Woods during their talk. “That’s not to justify anything that you’ve done, but it is to say that I really felt like you needed an opportunity to tell your story, at least and then people can decide.”

Regardless, he assured her she would get through it. “This world is not going to break you,” he said. “We won’t allow it.”

His words brought Woods to tears. “That means the world to me,” she said. “You’ve known me before I knew myself.”

The Fresh Prince alum isn’t the first one to stick up for Woods: Lena Dunham spoke out in her defense on Twitter on February 26. “Can you imagine if who you’d made out with when you were 21 had massive public shaming consequences?” she tweeted. “When I was 21 I kissed my friend’s crush in my bathroom during a dinner party. I was inexplicably wearing a dog leash. I stayed in bed for days feeling hot shame. That was enough of a consequence!”

The Girls alum, 32, clarified that she wasn’t siding against the Kardashians, however. “I’m not coming for the K’s! I love and respect them. It’s just A LOT of media attention on a very young girl’s sexual choices and my heart aches when I see that.”

Woods’ woes began on February 17, when she was spotted kissing Thompson, 27, at a house party.

The Good American designer, 34, blamed the indiscretion for her split from the NBA player. On Friday, she responded to Woods’ interview via Twitter: “BTW, You ARE the reason my family broke up!”