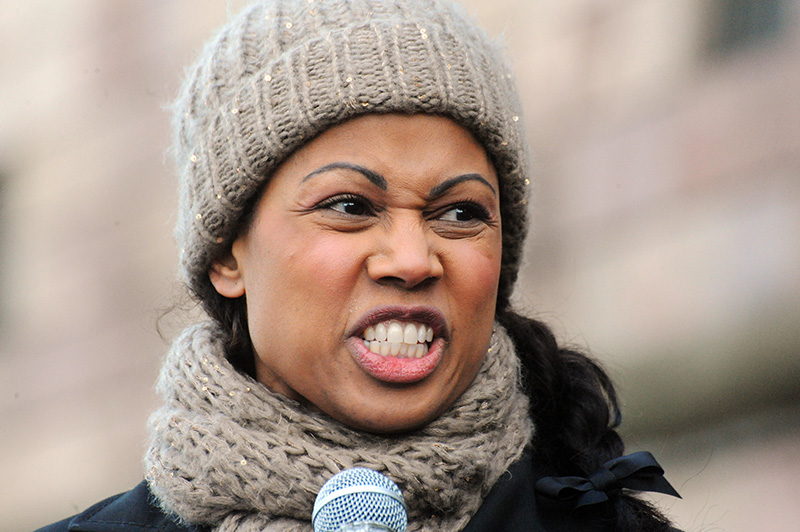 STOCKHOLM: Thousands of protesters called Thursday for the resignation of the secretive board that awards the Nobel Prize in Literature after a sex-abuse scandal linked to the prestigious Swedish academy forced the ouster of its first-ever woman head and tarnished the reputation of the coveted prize.

The ugly internal feud has already reached the top levels of public life in the Scandinavian nation known for its promotion of gender equality, with the prime minister, the king and the Nobel board weighing in.

On Thursday evening, thousands of protesters gathered on Stockholm’s picturesque Stortorget Square outside the headquarters of the Swedish Academy, which has awarded the Nobel Prize in Literature since 1901, to demand all of its remaining members resign. Parallel demonstrations were planned in Goteborg, Helsingborg, Eskilstuna, Vasteras, and Borgholm.

The national protests have grown out of what began as Sweden’s own #MeToo moment in November when the country saw thousands of sexual misconduct allegations surfacing from all walks of life. It hit the academy when 18 women came forward with accusations against Jean-Claude Arnault, a major cultural figure in Sweden who is married to Katarina Frostenson, a poet who is a member of the academy.

Police are investigating the allegations, which Arnault denies, but the case has exposed bitter divisions within the academy, whose members are appointed for life, and given rise to accusations of patriarchal leanings among some members.

The turmoil began when some of the committee’s 18 members pushed for the removal of Frostenson after the allegations were levied against her husband, who runs a cultural club that has received money from the academy. In addition to sexual misconduct, Arnault is also accused of leaking Nobel winners’ names for years.

After a closed-door vote failed to oust her, three male members behind the push — Klas Ostergren, Kjell Espmark and Peter Englund — themselves resigned. That prompted Horace Engdahl, a committee member who has supported Arnault, to label them a “clique of sore losers” and criticize the three for airing their case in public.

He also lashed out at Sara Danius, the first woman to lead the Swedish Academy, who was forced out last week amid criticism from male members of her handling of the scandal. Danius, a Swedish literature historian at Stockholm University, had cut the academy’s ties with Arnault and hired investigators to examine its relationship to the club he ran with Frostenson. Their report is expected soon.

Supporters of Danius have described her as progressive leader who pushed reforms that riled the old guard.

At Thursday’s protests, many participants wore pussy-bow blouses like the ones worn by Danius. The high-necked blouses with a loosely tied bow at the neck have become a rallying symbol for those critical of the Swedish Academy’s handling of the case.

Birgitta Hojlund, 70, who traveled several hours to attend the protest, said despite Sweden’s progressive image, women still face inequality. “There are still differences, in wages and in honors and in professions,” she said, calling for the Swedish academy to be “recreated from the bottom, and balance male and female.”

“They’re pushing women away, saying that sexism is OK, in this academy,” agreed Torun Carrfors, a 31-year-old nurse. “They should leave, and we need to have new ones.”

Last week, Frostenson announced she too was leaving the academy. On Thursday, a sixth member, writer Lotta Lotass, said she, was also planning to step down, citing backlash from tradition-minded male members of the board who questioned her credentials, the Dagens Nyheter newspaper reported.

The departures of the highly respected women have given rise to a flurry of protests on social media.

The public controversy has also given rise to concerns about the Swedish Academy losing its credibility and tarnishing the reputation of the Nobel Prize.

“The Swedish Academy is an internationally acclaimed organization and it should stand for all the right values and at the present moment I don’t think they do,” said Carsten Greiff, a 32-year-old business developer, attending Thursday’s protest. “It’s dragging the international view of the Nobel Prize in the dirt.”

“Trust in the Swedish Academy has been seriously damaged,” the Nobel Foundation said of the situation, while demanding the group take action to restore that trust.

Despite the resignations the academy, founded by King Gustav III in 1786, does not currently have a mechanism for its lifetime-appointed board members to step down.

The king — the academy’s patron, who must approve its secret votes— said Wednesday in the wake of the recent events he wants to change rules to allow resignations.

“The number of members who do not actively participate in the academy’s work is now so large that it is seriously risking the academy’s ability to fulfill its important tasks,” he said.