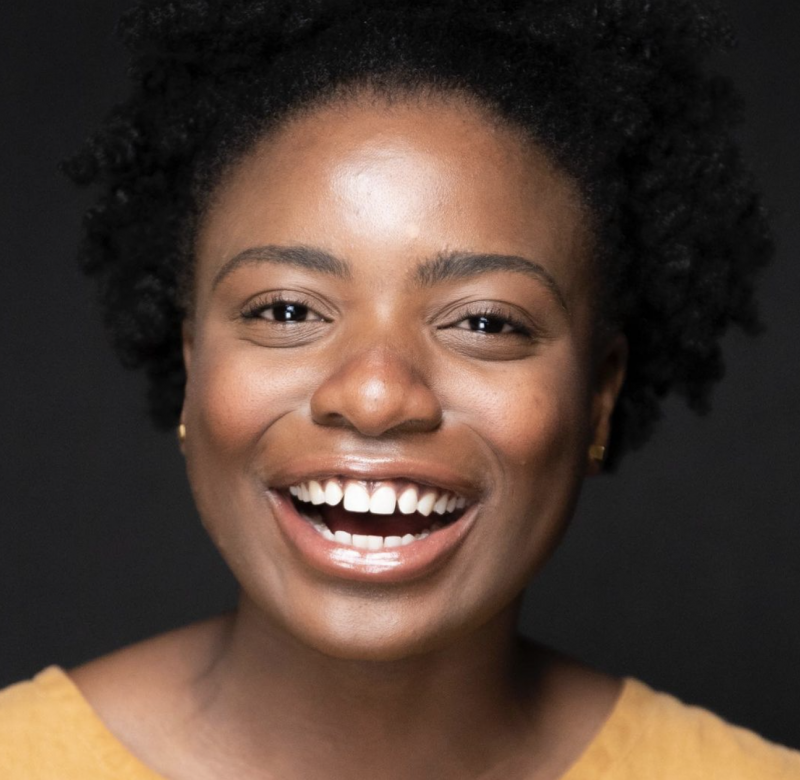 “TO ME, leadership has always meant service,” said singer, actor, and writer Ruva Chigwedere ‘21. In her four years at Harvard, she honed her craft and created spaces for Black artists on campus.

Chigwedere immigrated to the United States from Zimbabwe at age four. When she moved from New Jersey to Cambridge for college, she planned to study economics in the hopes of securing a stable job; a career in the arts didn’t guarantee that.

However, she soon realised that her true passion was acting, and so decided to gain as much experience in Harvard theater productions as possible. Chigwedere eventually chose to concentrate jointly in Theatre, Dance, and Media and History and Literature.

Chigwedere attended the Shakespeare Summer School Program at the London Academy of Music and Dramatic Arts and played Kate in “Taming of the Shrew.”

Then, in the fall of 2018, Chigwedere auditioned for the Harvard College Opera production of “Cendrillon.”

Though initially cast in a featured ensemble role, the directors promoted her to the principal role of Dorothée. Chigwedere emphasized how the production allowed her to gain much more experience in a short amount of time.

Chigwedere also joined the Kuumba Singers, which was founded in 1970 in the midst of the political turmoil of the Civil Rights Movement, two years after the assassination of Martin Luther King Jr.

“They were one of the spaces in the Black community that I felt most at home in,” Ruva says. She also stressed the importance of the group’s continuing legacy of Black community organizing.

“The spirit of [the Kuumba Singers] really mimics some of the Black community organizations that were fighting for justice during the time,” she said.

Chigwedere’s contributions to the Harvard community don’t stop there: She also expanded the reach of the Harvard Black Community & Student Theatre Group, or BlackC.A.S.T., a student-run organization that supports Black student theater artists.

When Chigwedere arrived at Harvard, the organization had taken a long hiatus, and its reputation was less than stellar.

“The stereotype that BlackC.A.S.T. had in the Harvard theater community at the time was that they couldn’t put together a good show,” Chigwedere says. Hoping to reinvigorate the group, she joined the board, serving as secretary and then co-president.

One of her goals was addressing the organization’s lack of institutional memory and creating mechanisms for passing down knowledge about theater to younger students.

“There are people who know how to do things, individual people have their connections to different groups. That has been one of BlackC.A.S.T.’s strengths, but also its greatest fault: that things end with people,” Chigwedere says. “Once a person graduates, a connection is lost.”

Her other accomplishments with BlackC.A.S.T. include solidifying the group’s relationship with other Harvard theater institutions — such as the Harvard-Radcliffe Dramatic Club and the American Repertory Theatre — and reaffirming its connections with other Black student organizations.

As a sophomore, Chigwedere directed the Black Playwrights Festival, an annual showcase of student works.

The 2021 Festival, which took place virtually in March, focused on the theme “Some Kind of Tomorrow,” featuring readings from five student playwrights and a conversation with playwrights Lydia R. Diamond and Michael R. Jackson.

Chigwedere’s desire to cultivate a space for the Black artistic community at Harvard came out of her appreciation for Black students before her who created safer spaces.

“Yes, this is a white supremacist institution. And there’s so many different things that have happened that have been traumatizing, or that have been painful for me to experience as a Black person,” she said.

“But I’m able to take up space and to be seen as [making] valuable contributions on this campus because of those people.”

Still, Chigwedere has long been frustrated by the treatment of Black women in Harvard theater. “It made me really sad to see … how Black women were systematically kept out of different places,” she said.

And the problem isn’t unique to Harvard. Chigwedere realized while reading her program at a West End production of “Dreamgirls” that there is a dearth of roles for Black women in theater. “In every one of those actors’ resumes, they were either Deena or Effie in “Dreamgirls” and they were either Celie or Nettie in “The Color Purple,” she says.

“There are just two roles out there.” Her desire to change that narrative motivated her to write her senior thesis, a play titled “For Daughters of Ezili; or, How to be a Black Girl and Find Love and Survive 101.”

“I’m going to need to create something for me in order to be able to work,” Chigwedere says. The result was a celebration of Black women’s complexity and joy. After graduation, Ruva continued to develop her thesis play for production, and is planning to possibly audition for conservatory and write her own music.

Her advice to current students? Prioritize. “I wish I could shake every single Harvard student,” she said. “The more you stretch yourself thin, the more you will hate all the things that you actually love doing.”