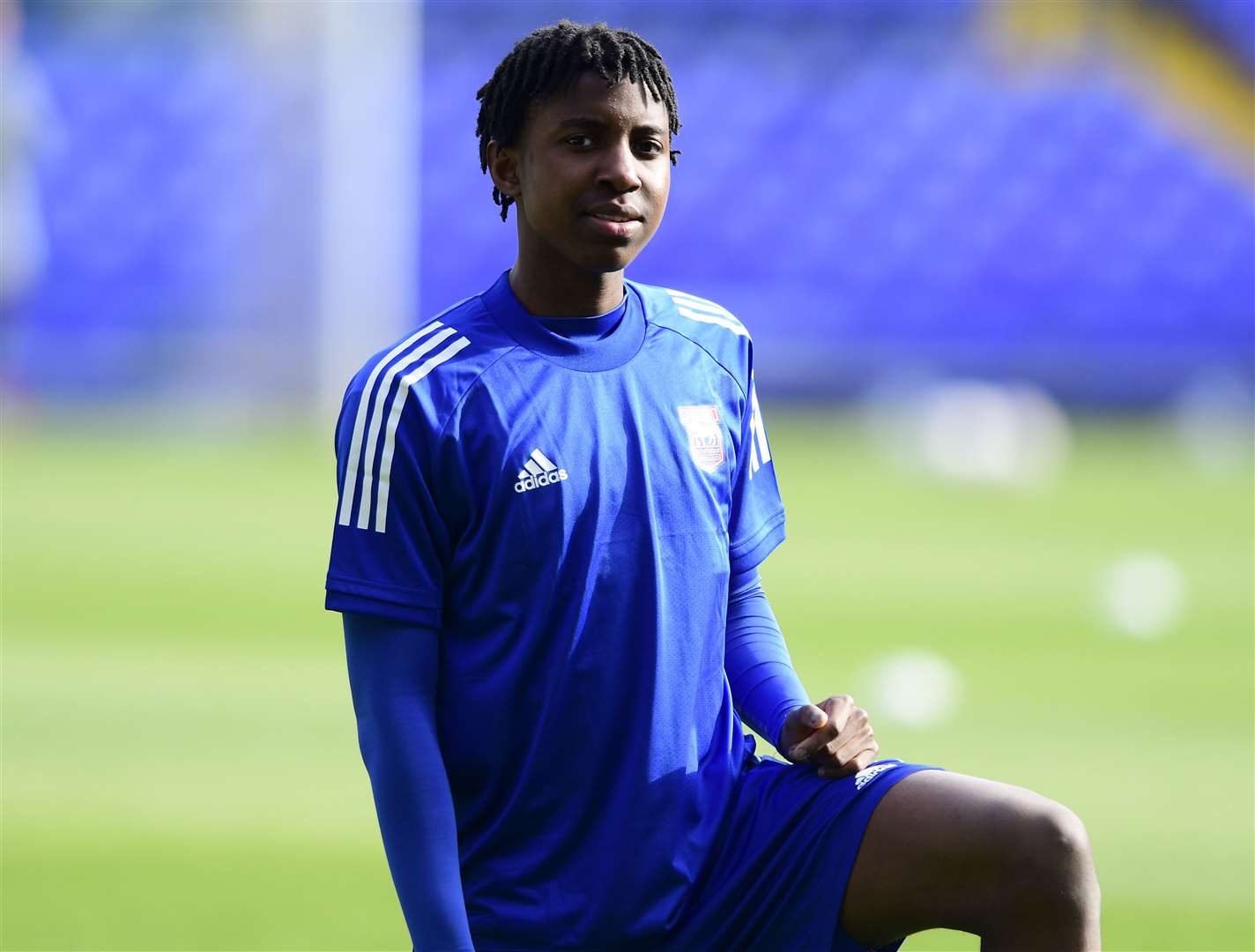 UK-born teenage sensation, Tawanda Chirewa, announced his arrival in the football stage with a beautiful goal for English League One side Ipswich Town. The fine finish proved to be the match winner
Spread This News

ENGLAND-BORN Zimbabwean teenager Tawanda Chirewa scored his first senior goal for English League One club Ipswich Town to ensure they began their pre-season with a 1-0 victory at Dartford on Saturday.

The 17 year-old rising star, who is aiming to graduate into the club’s first team this season after signing his first professional contract last year, was ultimately the match-winner as he fired home from outside the box in the second half.

Chirewa also caught the eye with his general play as he was linking up well with team-mates throughout Ipswich’s win before the players received a good ovation from supporters, who returned for a first Ipswich away game since February of 2020.

The Zimbabwean teenager was one of the six young players from the club’s academy who the Ipswich manager Paul Cook  introduced at the start of the second half after his senior side played a goalless first 45 minutes.

He repaid the faith after finding a winner with a well struck shot from outside the box.

Chirewa was one of the two Zimbabwean who featured for the Ipswich Town side on the day together with Ipswich-born forward Macauley Bonne, who made his first appearance after recently returning to his boyhood club on loan from Queens Park Rangers.

Bonne’s first appearance nearly started in perfect fashion as his shot from outside the box beat the goalkeeper but rattled the bar.

However it was a memorable afternoon for Chirewa who is seeking his breakthrough at the club after signing his first professional deal, with the club, last year, after rising through the team’s ranks.

The 17-year-old will be at the club until the summer of 2022, with the team having the option to extend the contract for a further 12 months.

Chirewa has made one appearance for the Blues, coming on as a substitute against Colchester United in the EFL Trophy, in November 2019.

The teenager, who made his first-team bow last year, was rewarded with a two-year contract, for his consistent performances but did not feature in Saturday’s pre-season friendly.