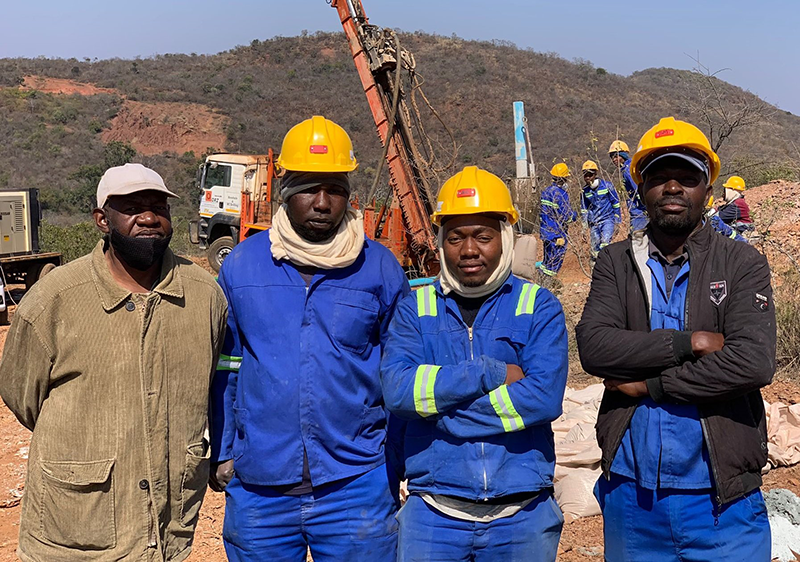 The formal gold mining sector in Zimbabwe is really dominated by one mining player – Caledonia Mining Corporation. But this is set to change. A company previously focused on oil and gas has changed its name and is looking to establish a prominent mining position in the country with a strategy that differs slightly from the conventional approach to building or operating new mining projects.

LAURA CORNISH spoke to JON HARRIS, CEO of Pambili Natural Resources Corporation about its unusual approach to making a name for itself in the country, on the back of the lucrative gold potential Zimbabwe has to offer.

Who is Pambili Natural Resources Corporation?

Pambili Natural Resources (TSXV – PNN) is not new to industry, but rather is new to mining. The TSXV listed company was originally focused on the oil and gas sector but due to various challenges was battling to keep its head above water.

Previously a non-executive director, Harris became the CEO a little more than a year ago and immediately set his eyes on a turnaround. A Zimbabwe citizen, with his youth spent exposed to the country’s gold mining sector, he chose to return to his roots and moved the company, and its name, into mining.

In April this year PNN closed a C$515 000 non-brokered private placement and an earn-in investment agreement with privately owned Techshed Investments, which owns the Happy Valley mine, a small producing gold mine in Zimbabwe. The agreement effectively sees PNN earn up to 51% of future production by investing US$1 million over the next two years.

Because the earn-in is pro rata, the company immediately benefits from the increased monthly cash flow resulting from its initial investment. The company’s 51% share of future production can also be increased to 75% by investing a total of $7.5 million over five years but there is no obligation to do so.

The mine, located 15 km from the city of Bulawayo, lies in the Hope Fountain Structural Domain within the Bulawayo Greenstone Belt. The domain hosts 87 documented mines that have produced at various times since 1895. “Recorded production from the domain is some 2 t of gold at an average recovery of 8.1g/t,” Harris shares.

“For now, the mine is processing around 20 tpd of ore, which is half of its true capability to do about 40 tpd. Capital constraints have not allowed this mine to reach its potential, but as a starting point, we aim to address this and begin earning a return on our investment,” Harris continues. 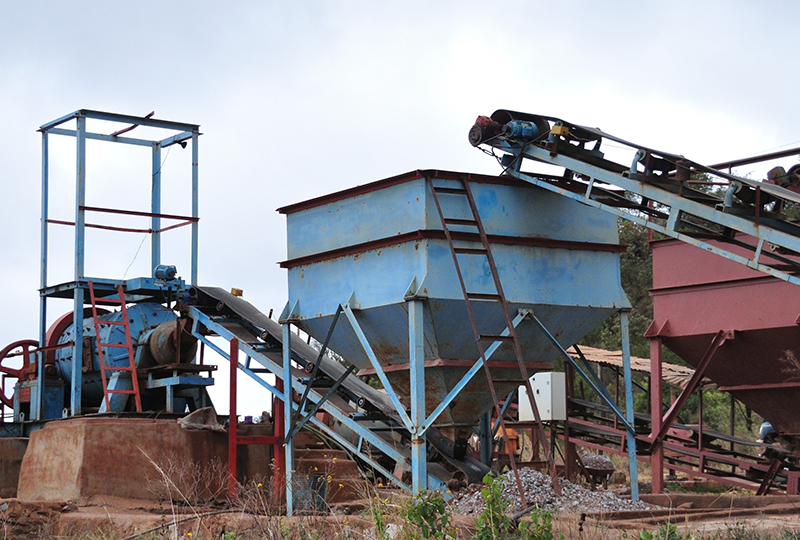 The surge bin and ball mill at Zimbabwe’s Happy Valley Mine, a producing gold mine near Bulawayo

Happy Valley just the start of a bigger consolidation strategy

“Although very small in size, we are already generating cash from Happy Valley, and plan to generate double that. We would then have established the stepping-stone in building a much larger presence in the country,” Harris states. The ‘game plan’ – as Harris describes it – is to identify small-scale producing gold mines (in the larger vicinity) that currently generate cash but lack the capital required to develop their full potential. PNN will then aggressively pursue earn-in opportunities to provide these mines with access to the capital that has previously been unavailable to them.

“This will build on the success of the first project to build a portfolio of gold mines that generate income beyond any individual mine life,” Harris notes.

The success in achieving this will see PNN effectively “formalise” the small-scale mining industry in the area by investing in industry best practice procedures and processes. This will further prove the company’s business model to the government, thereby gaining continued support for its activities.

In support of this, Harris met with Farayi Ngulube, the provincial mining director for Matabeleland North, in Bulawayo in June to introduce PNN and discuss its plans to create local prosperity through capital expansion of Zimbabwe’s Happy Valley mine.

Looking into the background of Happy Valley, production records state that from 1956 to 1959, 620 t of ore was milled for 110 oz, at a grade of 5.35 g/t. In March 1963, the ground was repegged and the three shafts cleared. Astamp mill, portable compressor, and headgear (using a generator to run the winch) was installed. The first shaft produced 30t grading at 11.16 g/t before flooding caused the abandonment of operations at a depth of 28 m.

There was minor operation between 1974 and 1979 but with limited production. The claim was then repegged and delivered further paltry production from 1984 to 1985. Finally, the claims were pegged by TechShed in 1998.

“Understanding the resource is one of the critical factors we need to outline in building this mine to its full potential,” Harris states. To do this, the company commenced with the first phase of a drilling programme in early August and the programme was concluded in early September.

The RC drill programme was conducted by Harare-based KW Blasting (a division of Drilling Resources Zimbabwe). Some 1 180 m has been completed – with holes on a 40 m line spacing, and sampling/testing taken at 1 m intervals to generate 1 180 sample points and percussion chips that characterise the geology of the different rock types.

The programme is intended to define a 200 m strike and 150 m down-dip, NI 43-101-compliant resource on a drill grid of 40 m x 40 m. Samples are being analysed by Kwekwe-based Antech Laboratories, Zimbabwe’s leading ISO/IEC 17025 accredited commercial metallurgical assay laboratory. Antech services the mining and exploration industries in Zimbabwe, the SADC region and beyond. Pambili has been submitting samples from every two holes drilled to minimise the turnaround time for full assay results.

While this exploration project is underway, PNN’s intention to grow the mine’s production continues through capital investment in equipment. In August, the mine acquired a Massey Ferguson 440 tractor from a South African supplier and an 8 t tipping trailer from a local supplier is due shortly. The search is also on for a suitable tractor-loader-backhoe unit.

The purchase, delivery and mobilisation of this equipment is part of PNN’s commitment to expand production at Happy Valley as part of its earn-in agreement.

“This is a very important step in the mechanisation of operations at Happy Valley, ramping up production and creating efficiencies to reduce manual work. Not only will this equipment allow us to increase the amount of material that can be delivered to the crushing and milling plant, but the ability to ferry ore from neighbouring mines to process at our plant provides a potential new revenue stream.

“And so, despite the plethora of small-scale gold mines in Zimbabwe, as mentioned, very few – if any have had the required resources to drill out their claims and therefore do not know the full potential of their assets.

“PNN believes that by investing in clearly defined drilling programmes, it can be the game changer in the small-scale mining sector in Zimbabwe. This programme at the Happy Valley mine is only the start of our journey,” Harris concludes.