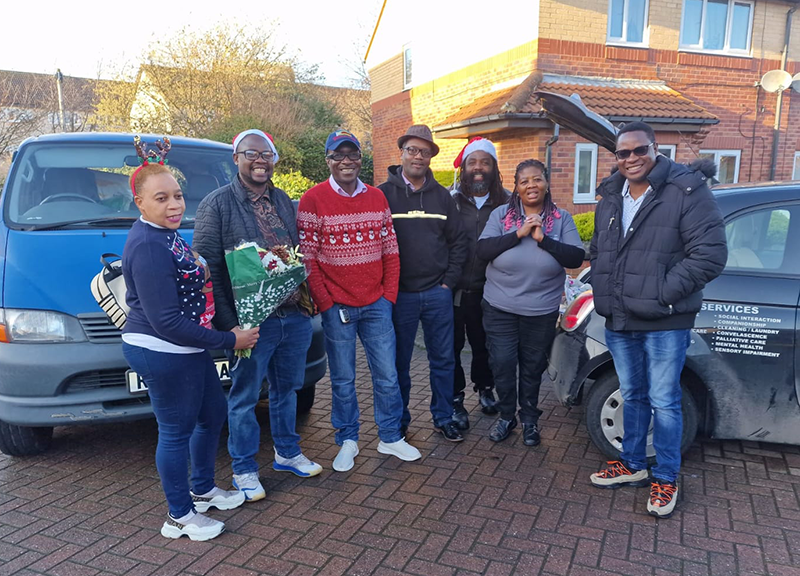 ENGLAND: THE Christmas festive period has traditionally been a time of little cheer for an elderly Zimbabwean woman based in the Bradford; now 70 years-old, alone and still battling to secure asylum since 2005, she’s unable to work or travel back home where her husband passed on recently.

However, this year was slightly more in the cheerful spirit of Christmas after a visit by members of the Zimbabwe Leeds Community (ZLC) who delivered groceries and other goodies to vulnerable members.

The elderly woman narrated her challenges to the group, including having to mourn her husband alone because she could not travel to Zimbabwe where he died. Even so, she was delighted for the company of her compatriots and expressed her gratitude for the groceries and other material support.

The team also visited a member who has been hospitalised for a long-time after suffering a terrible accident at home.

A phone call was organised with his son in Zimbabwe and, despite challenges with verbal communication due to his injuries, the gentleman expressed his gratitude through bright smiles and tight hugs with his visitors.

Another beneficiary shared with the ZLC team his challenges sharing accommodation with former prisoners and urged the group leadership to work towards the establishment of a Zimbabwe community centre in Leeds. 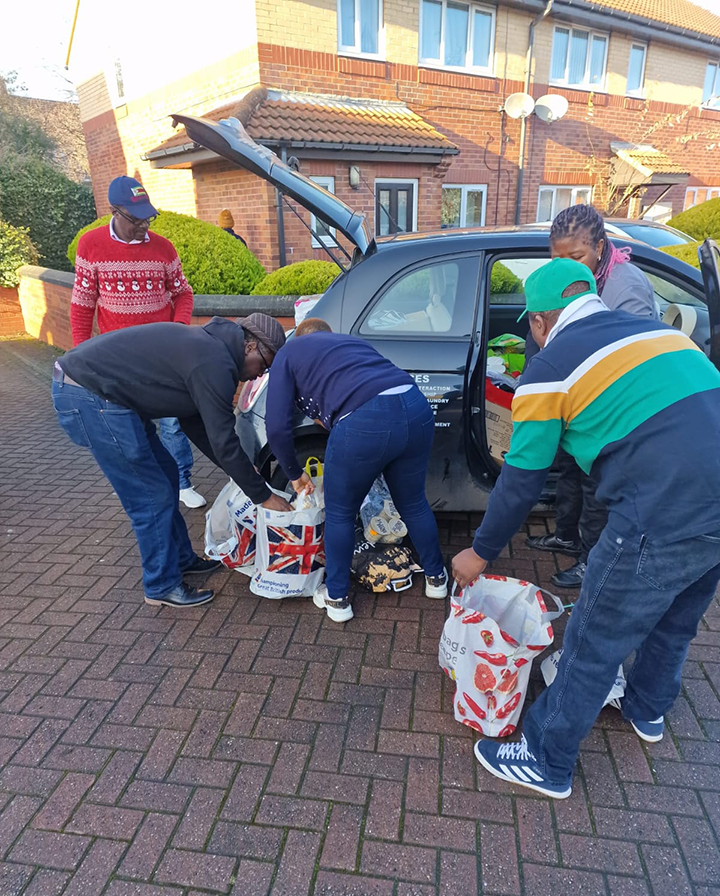 “In all the politics around, this is our society, isn’t it. We shouldn’t be side-tracked by Zimbabwe or UK politics,” he said.

“We should first review the problems in our community and see what can be done with what we have, and this includes finding resources such as land in Zimbabwe to establish ZLC projects.”

ZLC chairman Chris Goshomi said the group would continue the support with follow-up visits and organising help through solicitors for those with pending asylum applications.

“I would like them to live the home life away from home,” he said. 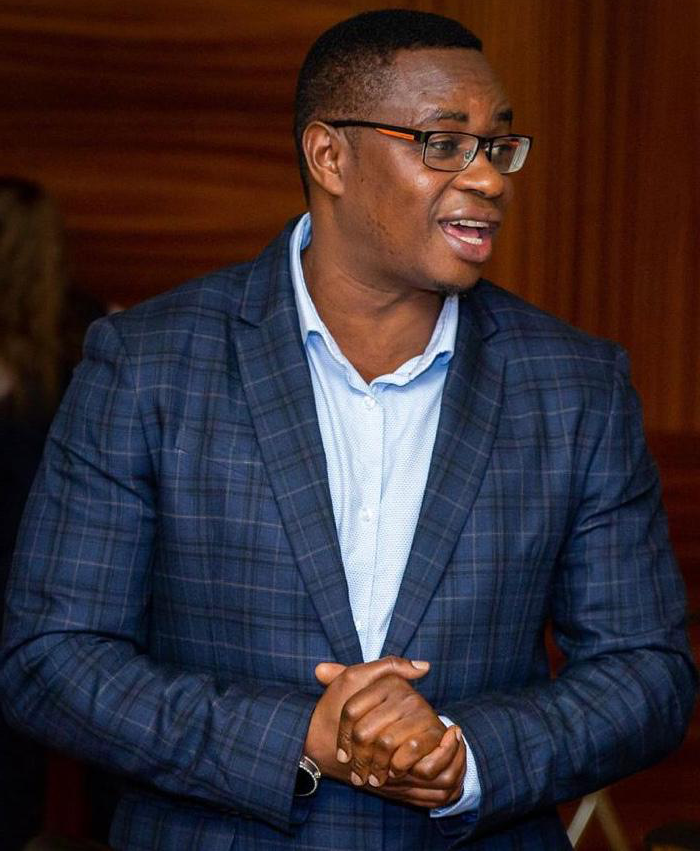 “Apart from what the local authority is doing … to provide community welfare, ZLC is going to augment council provisions by providing targeted equitable support to its community members to ensure they enjoy sustainable wellbeing.

“ZLC has in the past successfully managed to fight to stop the deportation of some its members, by working collaboratively with its various skills, such as immigration lawyers, and journalists within their community to raise awareness of the challenges faced by its members and mobilise resources.”

Established in 2016, ZLC brings together more than 300 Zimbabweans based in Yorkshire to, among other things, help members integrated better in local communities, provide bereavement support as well as work together to address shared challenges.

“Apart from helping with funerals, ZLC is now focusing on much greater issues, such as looking at projects which support the youths, our ageing community and other vulnerable groups,” said Goshomi.

“ZLC is also now placing importance on projects which address contemporary issues among their community membership such as a high rate of social breakdown threatening the sustainability of their integration, examples being, the increasing rate of suicides, divorce, children’s behavioural challenges and crime.”

He added, “we are currently working on the formal registration for ZCL as a charity with the Charities Commission.

“We are also looking at how we can increase revenue to build the Zimbabwe Community Centre which is the long-term plan.

“ZLC also is looking at various funding opportunities available to increase resources to support our vulnerable members and to provide training to the Committee members to increase their capacity to carry out their duties.”