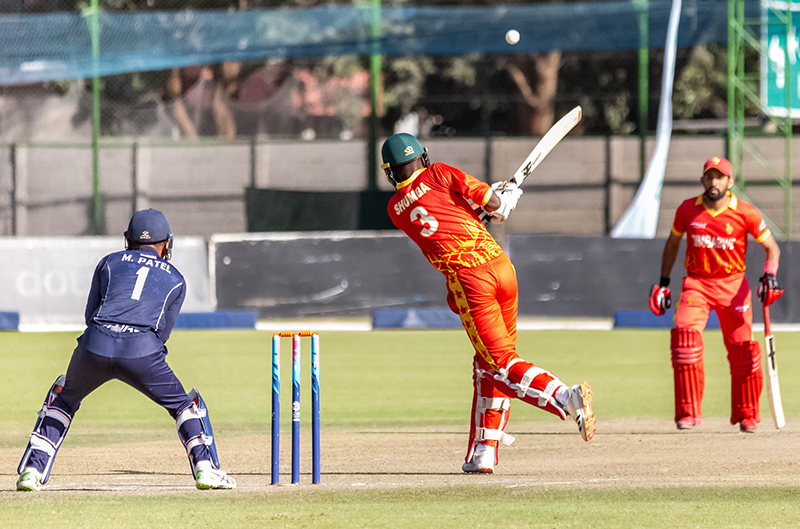 For Zimbabwe Cricket and their cricketers, even a small achievement is worth celebrating and they lately celebrated a memorable occasion when Zimbabwe successfully sealed a berth in this year’s ICC T20 World Cup Down Under. Zimbabwe along with the Netherlands have gone on to secure their places in the showpiece event in T20 cricket.

After officially qualifying for a place in the eighth edition of the T20 World Cup, a few players from Zimbabwe carried out the bat celebrations to express their happiness about their big accomplishment. Apart from tapping their bats in what seems to be a traditional African tribal celebration, all the players could also be heard giving out a roar of victory in the video posted by Zimbabwe Cricket on their official Twitter handle.

Groups for Zimbabwe and Netherlands yet to be decided

Both Zimbabwe and the Netherlands have successfully qualified for the finals of the T20 World Cup Qualifiers and now whoever wins the final will make it to Group B whereas the runners-up will go into Group A. Group B  comprises Ireland, Scotland and the two-time champions the West Indies while Group A consists of  Namibia, the United Arab Emirates (UAE) and the 2014 winners Sri Lanka who will be playing the group stages for a second successive edition of the T20 World Cup.

Zimbabwe got the better of Papua New Guinea (PNG) by 27 runs in the semi-final to make the finals and also confirm their tickets to Australia for participating in the biggest event in global T20 cricket. The Dutch, on the other hand, decimated the United States of America in their semis fixture.

It is indeed a remarkable achievement for the Craig Ervine-led side who could not qualify for the previous edition of the T20 World Cup last year that was played in the UAE. Zimbabwe could also not make it to the 2019 World Cup that was played in England & Wales due to the International Cricket Council (ICC)‘s 10-team rule.